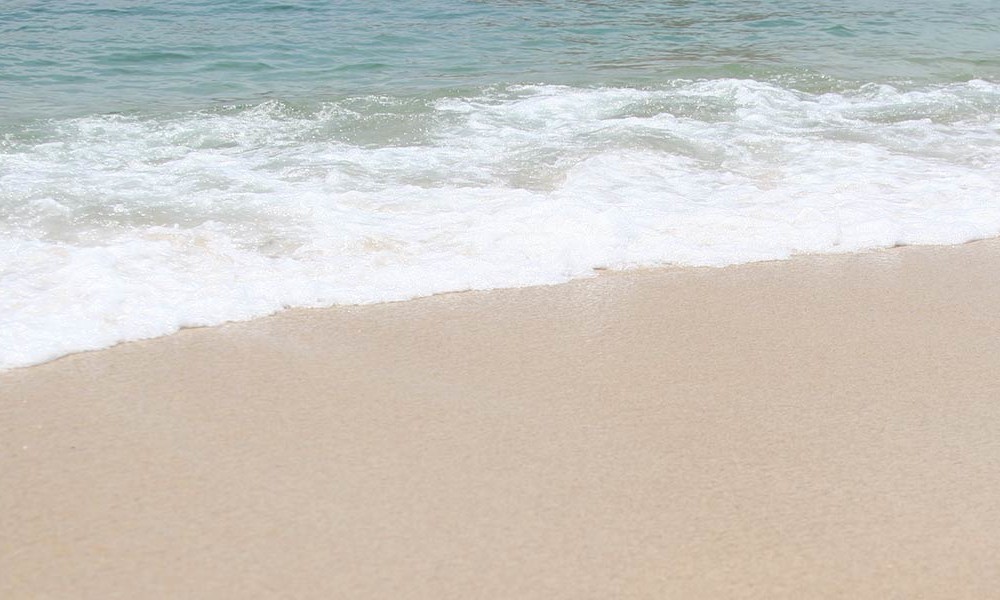 For the longest time I have dreamt about vacationing at the all inclusive resort Hedonism. Hedonism is one of those places that you hear about and wonder what really happens there and I wanted to experience it for myself! When I finally looked into it, I found out that there actually 2 Hedonism resorts! What a quandary!

I’m a bikini model and was planning a Caribbean trip to a location where I could be photographed in some great extreme bikini photoshoots. After some research, I choose Hedonism III, or simply Hedo3.

Hedonism Defined
My Merriam Webster pocket dictionary defines Hedonism as, “a way of life devoted to pleasure.” If you have been to any of the all inclusive, higher end resorts in the Caribbean, then that definition fits just about any of them. At the resorts Hedonism II and III the term pleasure is synonymous with, SEX! So Webster would define the resorts as, “a way of life devoted to sex.”

Off we went to Hedo3! This is a trip report of what you can expect there, or, how close Webster’s would come to defining it!

Traveling to Hedonism in Jamaica
To get to Jamaica where both Hedonism resorts are located, you fly into Montego Bay, Jamaica. Note that if your flight is not included in your package, you should read up on buying discount airplane tickets. Hedonism is part of the SuperClubs chain of resorts. Once we picked up our bags, the SuperClub staff led us to their buses that took us to the resort. It took about 2 hours by bus to get there from the airport. It was longer than normal though because we stopped for beer a few times! I was informed that the bus ride is typically about 90 minutes.

The Hedo3 vacationers on the bus included myself, my husband, and 6 other couples from Fort Walton Beach, Florida. Those other 6 couples we met on the bus, greatly improved the bus trip. We ended up partying with them while at the resort. Although not one of them got naked in Hedonism public… what was up with that?!!

Hedonism Festival
We happened to be there for the Jamaican Blues Festival. This is a festival that as far as I can tell was only at Hedonism and only available to its guests. There were several bands and most weren’t bad. The bands played mid-afternoon and another played early evening.

Hedonism Water Slide Partyers
The Jamaican Water Slide Team (JWST) was also there during our stay. This is a loose bunch of people from all over that go to Hedonism as a group to party hard! One thing Hedonism is known for is its water slide that goes through the disco and ends up in the middle of the plaza. The idea is to slide down nude and about half the people that did just that!

Meeting People at Hedonism
Here’s some advice on meeting people at Hedonism. First, if you can connect with someone or go with a group, do so, you will have a lot more fun. Note that this point was also made in the Citynet Magazine Ibiza Backpacker Party Guide. If you can’t hook up with someone (like us), maybe you will get lucky with the folks that travel with you from the airport. Part of what made the week so great was the Fort Walton crowd (naked or not!), the JWST, and the Blues Festival.

If you can’t connect with others or don’t want to, you should be outgoing and friendly, willing to start a conversation with a total stranger and not wait for someone to start one with you. If you follow these tips you will have an exceptional time at Hedonism. In fact, the same advice goes for many all-inclusive resorts such as the Club Med adults-only resorts.

Optional Clothing
While there we shot over 2,000 photos of me, mostly in dental floss bikinis (and a few without). Which brings me to my next point. Most of the people at Hedonism wear cloths (surprise!). At least, everywhere but the Nude Pool & Beach area (where even a few women wear thong bottoms.) The difference is that the cloths are not exactly what you would see someone wearing at your local grocery store or Wal Mart!

People wear cloths that are very risque! See-thru tops, g-strings underneath see thru bottoms, and other sexy swimwear. At least that the way it is for the women. Men, wear what you would expect to see at the mall, sans the shirt. If that disappoints you, you should be going to a strip club, not Hedonism.

Nude versus Prude Sides
Two main divisions at Hedonism include the nude and prude sides. On the “prude” side, about 20% of the people were also fully nude, another 20% were topless women, and the remainder had various articles of clothing on, probably not much different than what you would see at an adult pool.

Photography at Hedo3
Another question I got a lot since returning is about those pictures, more specifically, was there a problem shooting pictures. In short, no, but, if you aren’t careful I can see where there would be. As I said, we shot over 2,000 pics, including over 400 on the nude side.

You MUST use common sense though. None of our pictures included anybody that we weren’t with (in the background or otherwise). To shoot on the nude side, we shot from sunrise to about 9am. Basically, when people started to show up on the nude side, we stopped shooting and went for breakfast.

As we shot on the nude side, security was right there watching us at all times. Probably some of it was ogling me and some of it to ensure the photographer didn’t shoot unsuspecting nudies (which he didn’t). Basically, we acted professional and were treated accordingly.

Hedonism Gets Rated
For the rest of this article, I will rate areas of interest to potential Hedonism vacationers. Using a 5 star rating scale with 5 stars meaning it greatly exceeded expectations being the best and 1 meaning it was a major disappointment (see below for details), here it goes:

Food (3/5): It was good, not a 5 by any stretch, but, hey you don’t go to Hedonism for the food anyway. There are Japanese and Italian restaurants that require reservations. Try each at least once and make your reservations first thing in the morning or you will be out of luck.

Beach (3/5): The beach was okay, but the sand was rough, not powdery. The water area was well protected with from the roughness of the ocean and so it gets a 3.

Water sports (4.5/5): The water sports were all included. The staff members were fantastic, ready to do whatever you need or want.

Prude Pool (4/5): The prude pool was actually kind of nice. One of the better resort pools we’ve been to.

Nude pool (3/5): The nude pool was smaller than the prude and not as nice, but it gets a 3 for the ambiance (the nude pool water always seemed cloudy and the hot tub at night was like Jekyll and Hyde, sometimes burning hot, and at other times seemed like it wasn’t even on.

Booze (4/5): I expected good booze and got it. Most top shelf brands were available. The wine selection at dinner, and other beverages were okay, but don’t go to Jamaica for the wine.

Activities (5/5): Toga night was everything it was billed to be. The staff was always working hard to make the activities fun for everyone.

Water slide (4.5/5): This was one of the two fun attractions. Not enough to get one to go there just for that (unless you are with the JWST), but a neat twist none the less.

Grounds (4)/5: The grounds had a nice variety of items and were very clean overall. The flowers were bright, colorful, and of a wide variety that sort of reflected what I expected in the Caribbean.

Merchants (2.5/5): There was a variety of local merchants on site each day, and even more on the weekends which made buying souvenirs easier. The prices seemed ok but as expected they were a little higher for the convenience. The on- site shops were ok, although I understand the jewelry store had very good prices that were achievable through negotiations.

Staff (5/5): The staff was exceptionally great. From the servers in the restaurant to the staff at the water sports area, each one went out of his/her way to make our stay fantastic (which it was).

Room (4/5): The room was nice and better than expected, but not grand. It included a garden whirlpool tub that was very nice. There was a CD player, TV with VHS video, nice comfy couch and lots of space. It definitely wasn’t a square space with a bed. There were mirrors on the ceiling above the king sized bed.

Pool Table in the Pool (2/5): The pool table in the middle of the pool was neat, but no one used it. I guess it was one of those neat to have attractions that separated the Hedonism resort slightly from others in terms of content, but not functionally.

Hot Tub at Night, Nude Side (3/5): This is the place where public sex was common after say, 11pm. It was common to see several oral sex events going on (which I guess according to Bill Clinton isn’t really sex. I wonder if it makes a difference if she swallows though! There was the occasional intercourse as well. Only once was there a “group” event. Two reasons for only 3 stars. First, it usually didn’t start until after 11 or so night. Second, there were several male “trolls” who lay on a chair, covered up, then when a babe enters the tub, off comes the towel and in the tub they go, I suppose they get laid that way, but the woman that does must be really drunk! At least they weren’t pushy or forward.

Out, in your Face Sex (3/5): There is actually a resort rule against public sex (so I hear, I never read it or saw it written or said anywhere). But, maybe that again is according to the Clinton definition of sex. What most would consider sex, it goes on, mostly at night but occasionally a woman will go down on a guy (sometimes even her guy) during the day in public on the nude side. As far as wild swinging orgies, sorry, they may happen, but not in public while we were there (and that was with the JWST). I rate this only 3 stars, though, because THERE SHOULD HAVE BEEN A LOT MORE!!!

Final Note
On a final note, one thing I really didn’t like was when people would claim chairs at the nude pool for the week! Simply leaving a towel claims it. We were at the nude pool and beach at 7am for a photo shoot and most of the chairs were already taken poolside. If there is one thing that SuperClubs could do is have security or staff collect the towels each night.

I’m planning to go back to Jamaica for another photo shoot. I’m considering Hedonism 2 this time. If you’re interested in shooting me in swimwear or other items while there, would like some proprietary shots for your publication, would like to sponsor me in some other way, please contact me with your proposal for consideration by email at 34d_model@verizon.net. Thanks for reading… I have to go tan away some tan lines!