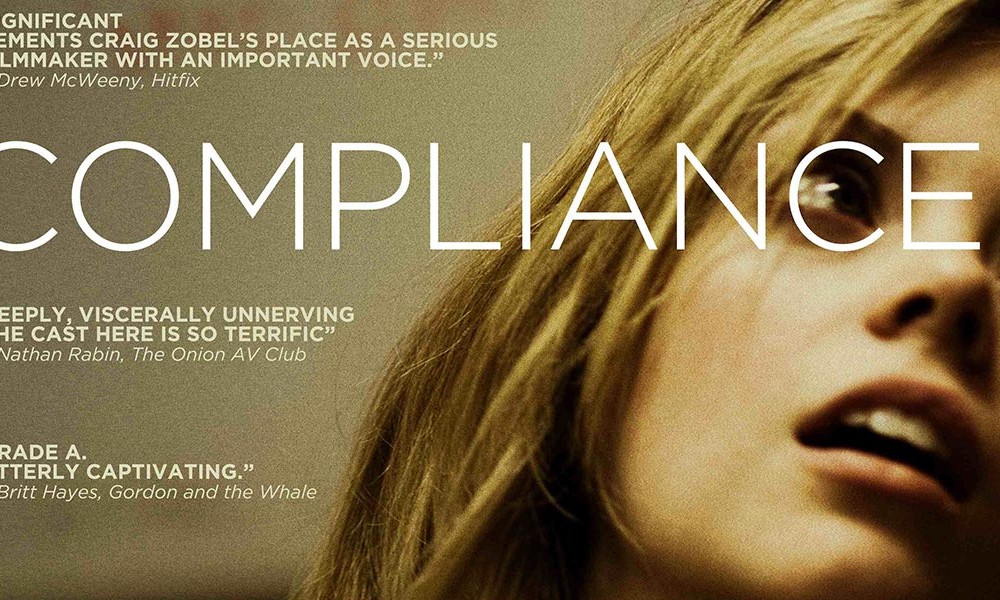 I have seen quite a few suspenseful films, but this had to be the most uncomfortable movie I have ever seen. It was almost as uncomfortable as the  French movie “Irreversible” by Gaspar Noé, one of the hardest films I have had to watch.

I was constantly fighting myself to push through the discomfort and outrage I felt toward the characters; I even had to take frequent breaks to make it to the end. How? How can people be this ignorant? I don’t even know where to begin. Please, dear readers, if someone calls you and claims to be someone of authority, think back on those cartoons you saw as a child in which the sheep or pigs get eaten by wolves in trusting disguises. Maybe we need new modern-day didactic Looney Tunes cartoons where the use of electronics is depicted in order to get through to this new generation and to better address the issue that can be ignorance. 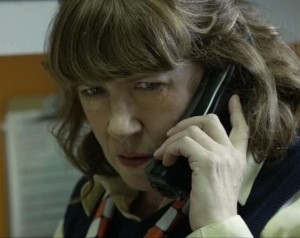 I will concede that the movie’s scenario at first seemed plausible. Maybe you’re a boss who has had mistrust of an employee for a while, and are easily persuaded of their felonious behavior. You are tempted to search them, which we all have the right to refuse by the way when there is no charge or clear motive. However, the moment some disembodied voice asks you to strip search a person… isn’t this the point where logic comes screaming in and demands you to stop and think about your actions? Here are a few questions you may ask yourself: “Who is this officer? What is his badge number? Why isn’t he here in person? Why didn’t the alleged victim fight back when she supposedly witnessed her money being stolen from the cashier on the spot? Why didn’t she complain to management? Why didn’t this cop give me an employee name up front instead of describing the most common fast food employee to me first?”

I can go on. This is what happens when children are raised on blind Faith and are never trained in critical thinking matters or in questioning everything. The absence of a critical mind can lead to this type of situation, where a complete stranger on a phone has control of your actions, or where a random email from some clever Nigerian scammer claiming to be a Prince in need leads to the loss of thousands of dollars, or where nonprofits claiming to be helping starving children and proudly flaunting what are potentially stock photos of poor cute children end up siphoning the money into the Board Members’ pockets.

This movie is based on real events, which could be interpreted as symptoms, small depictions of a larger problem: the continuous disuse of critical thinking capacities. Ignorance is bliss… yes it is, to the scammer scamming the fool it is. The more ignorant one is, the happier someone else is. Then again, if both parties stay the same, meaning as long as the one being scammed remains in the shadows of ignorance, both parties are happy in the end; happiness is all about perception. So ignorance is great, as long as you never wake up to the facts — as long as the wolf never removes his sheepish cloak.

Compliance has an excellent cast of actors, who portrayed these realistic characters very fluidly, from their nervousness and uncertainty to their uncomfortable obedience. The transitions between scenes are nice, classic yet polished, as is the camera work. The color correction is clever; the de-saturated colors in colder blue hues emphasize the heaviness and coldness of the situation at hand. It is sobering. This can be a very uncomfortable movie to watch if you are sensitive and care about seeing people act logically and critically, or at least follow their gut intuition. If you are not easily fazed, it’s entertaining to say the least.